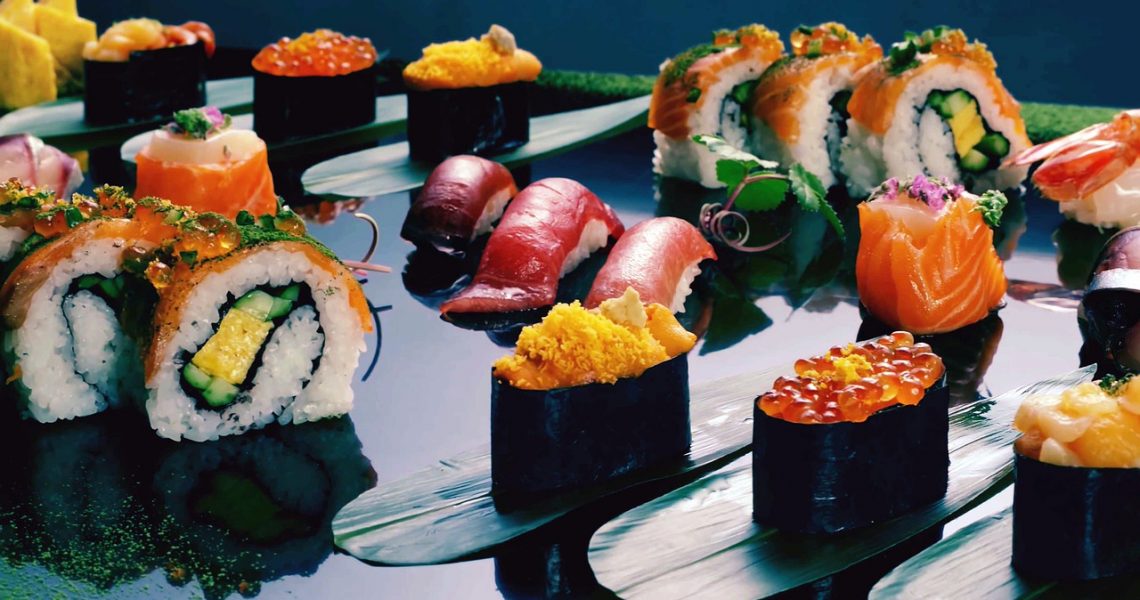 Sushi has become a global phenomenon that bombs the food industry with its rich flavor combining raw fish to vinegar-moistened Japanese rice, the convenience in finding it almost anywhere, and the addiction after eating a few of it that comes in bite-sized portions. Sushi is loved by a huge population of people, stretching all the way from East to the West, North to the South. Once sushi is placed in your mouth, the melting pieces of ‘Fatty Tuna’ immediately blends in with the special, cooked Japanese rice that has a little ‘sourness’ to it, crafting one of the best tastes your taste buds could experience. If sushi isn’t liked by one, it can be understood that they have not tried ‘quality’ sushi. The majority of people love sushi along with its rise in different cities and towns, now present in all continents of the world. But what sushi toppings are the popular ones? What are the meat choices people would often go for? Today, we’ll look into the top sushi menus or toppings the majority of people voted for as the ‘best’ or the most ‘delicious’ toppings of all time.

Shime Saba or Cured Mackerel is another famous sushi topping. It is basically marinated Saba or Cured Mackerel fish topped on Japanese sushi rice. Its unique taste resulting from the specially selected rice wine vinegar and its combination with salt makes it among the most-loved sushi toppings among adults, but a little less popular among children. As the fish itself is marinated in the process, the meat remains fresh and does not rot quickly.

Ebi or shrimp in Japanese is one of the most basic, yet delicious sushi toppings loved by eaters of all ages. The Ebi or shrimp topping is cooked to have a soft, yet chewy texture and sliced thin to entirely cover the moistened vinegar sushi rice. Ebi sushi is more loved by raw shrimp toppings as its chewy, yet crunchy texture made it among the extraordinary, favorite sushi toppings of all time. Children and adults love Ebi sushi and it is very common that it would be sold-out under a matter of minutes at sushi stalls.

Salmon or also called ‘Sake’ is a fish that lives both in freshwater and saltwater. For this reason, Salmon is an ‘anadromous’ fish that, during its early stages of development, be found in freshwater. Later as they grow, the population of Salmon would move out to the ocean or live in saltwater. Therefore, Salmon is among one of the healthiest fishes which provide consumers with Omega-3 fatty acids like EPA and DHA, as well as potassium, good for cardiovascular health. Enriched with Omega-3, Salmon is known to aid in the production of brain cells, which, is believed to contribute to better concentration and academic performance in children and teens.

Served raw topped on Japanese sushi rice, the Sake or Salmon sushi topping is the most popular of all time. With Shoyu or Unagi (eel) sauce, Salmon sushi/sashimi is definitely a must-try even for people who never tried raw sushi. Very new to the taste buds, the blend of raw, yet smooth Salmon meat melts along with slightly sour, vinegar-mixed Japanese rice.