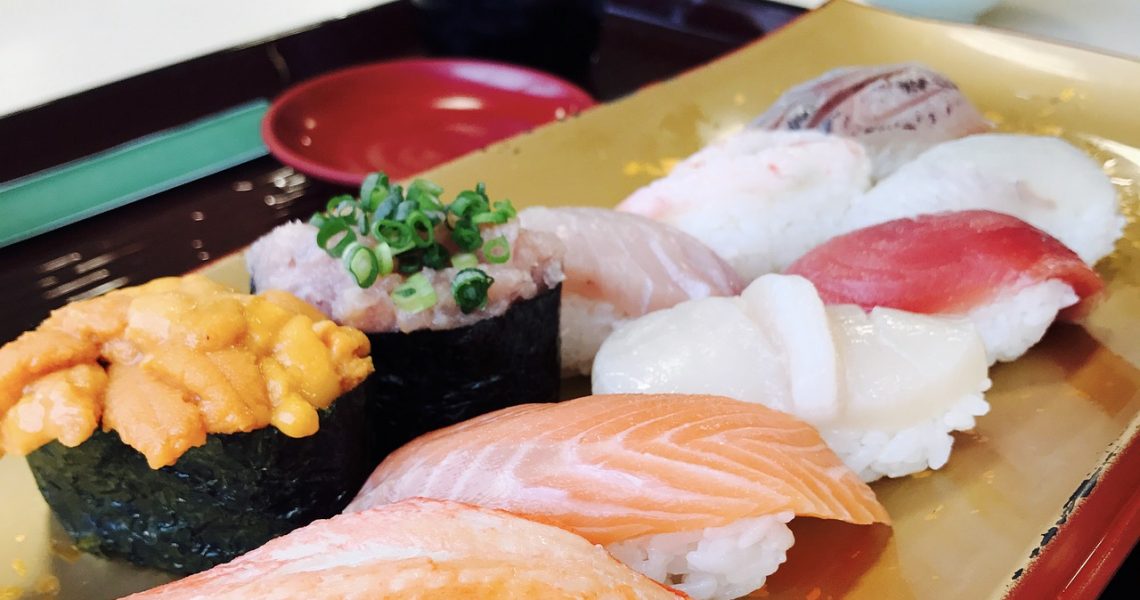 Proprietors Jimmy Lau and Nick Kim were formers chefs at Masa, the famed three-Michelin-star Japanese and sushi restaurant in Manhattan, so it’s not surprising that their restaurant, Shuko, has become one of New York’s most loved sushi destinations since opening just a few years back. At Shuko, you can opt for omakase, a la carte, or a bit of both as well as dishes on the kaiseki menu. No matter what you choose, expect to experience mouth-watering dishes that’ll leave you wanting to come back for more.

Chef Shiro Kashiba, owner of Sushi Kashiba located in Seattle’s famed Pike Place Market, is a chef with over 50 years of experience and a three-time James Beard Award nomee for Outstanding Chef. The market is famous for its fresh fish, so it’s no surprise a sushi restaurant located at this market run by a famed chef serves some of the freshest sushi you can find in America. Sushi Kashiba’s omakase menu will cost a pretty penny, however it’s totally worth it as some of the fish you get to try include South Pacific tuna, Norwegian mackerel, and Puget shellfish. Locals will say Pike Place Market is just a tourist destination, but you’ll find the same locals flocking to Sushi Kashiba to get a taste of what chef Kashiba has to offer.

You may have heard of Sukiyabashi Jiro, the world-renowned sushi restaurant located in Ginza, Japan. Sushi Nakazawa, located in New York is run by head chef Daisuke Nakazawa, who famously apprenticed under the watchful eye of Jiro Ono at Sukiyabashi Jiro and briefly appeared in a scene in the Dreams of Sushi documentary. With experience at one of the world’s most celebrated sushi restaurants, you can expect Chef Daisuke Nakazawa’s twenty-course omakase meal to represent some of the best sushi America has to offer.

San Diego is known for its great seafood, and often you’ll find the best restaurants located not on a glitzy downtown neighborhood, but in strip malls located across the city. Such is the case with Sushi Ota, which is located in a modest-looking strip mall in a corner next to 7-11. On the outside, it may not look like much, but the fact still remains that Sushi Ota represents the best sushi in the city. The sashimi is legendary, and the uni is to die for. The specialty rolls here are creative but not over the top, such as their Pizza Roll which is basically a California Roll topped with eel sauce. Best of all, the sushi is high-quality and prepared by master chefs but offered at prices you’d expect from a strip mall restaurant.

San Francisco is home to some of the country’s best restaurants. When it comes to sushi, some may argue that the best sushi restaurant isn’t located directly in San Francisco, but rather in the affluent Marin County. The restaurant we’re talking about is Sushi Ran, where the sashimi is sliced from seafood which is handpicked and flown in daily from the Tsukiji Market in Tokyo. Each individual piece of sushi is prepared with precision, and an emphasis is placed on aesthetic and presentation, making the sushi something that looks like it belongs in an art gallery rather than being consumed. Famous items on the menu include the Dungeness crab if it’s in season and the scallop chive dumplings are also a must-try. Part of the experience of dining at Sushi Ran is the journey to get there. Getting there from the city requires a ferry ride, with gorgeous views of San Francisco.

You can add sushi to the list in a city known for its white-sand beaches, warm climate, and Latin-American influence. Today, sushi restaurants can be found all over Miami, making it a favorite for local residents. One restaurant that kicked off the sushi craze in Miami is Toni’s Sushi Bar, which has made some of the best sushi in town for three decades. Toni’s is a straight-forward restaurant that serves sushi by the piece or in a remarkably affordable chef’s choice menu. Some of its famous menu items include the ell-heavy dragon roll and whole-tail lobster tempura. The restaurant is famous for serving up some of the best sushi in Florida and for being inexpensive.