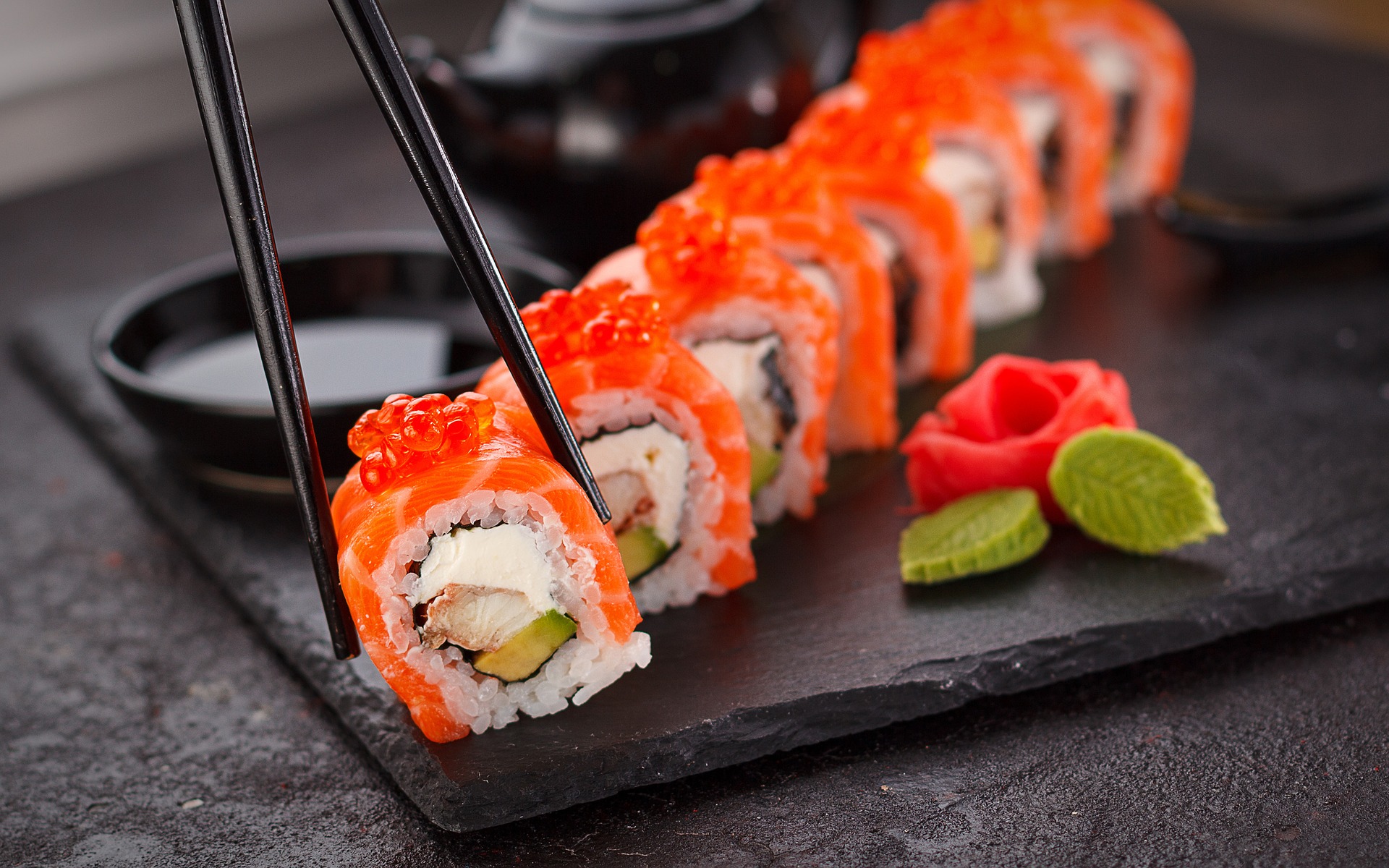 When most people hear the word, “Sushi”, they immediately think of raw fish. In truth, dishes made with raw fish are called “Sashimi”.

What defines Sushi is any dish made with vinegar rice, which may or may not include raw fish. Most often, Sushi will consist of various types of shellfish such as crab or lobster, or cooked fish along with other fresh ingredients wrapped tightly inside the sticky vinegar rice.

Although in today’s society you will find Sushi served most often in a Japanese restaurant, it actually dates back to 7th Century China. As a way of preserving fish, the Chinese people started making Sushi but without modern-day refrigerators, they used the natural process of fermentation. To complete the Sushi-making process, only rice and salt were needed. The result was delicious fish, causing Sushi to grow in popularity.

In the 1800s, Sushi was made using a process that involved pressing fish in between layers of salt and leaving it for months to ferment. This process is known as “Narezushi“. After that, it changed to “food of fish and rice“, and met with vinegar in the Edo period, and the “Edomae sushi” that is handed down to the present day was born. This name translates to “in front of Edo” which is a reference to fish caught in front of Edo city and used for the making of Sushi. Unlike the Sushi eaten today, Edo was formed in a ball of rice with a slice of the fish. When it came time to eat narezushi, the rice ball was thrown out and only the fish was eaten. Today, narezushi is very difficult to find outside of Japan in that it has a unique taste not usually appreciated by Westerners.

As time passed and many of the Japanese and Chinese cultures crossed, Sushi became a popular food choice in both countries. Throughout the cities, you would find food stands where various types of Sushi were sold. In fact, during intermission at the various theaters, Sushi was sold as a snack much like the popcorn sold in today’s theaters. Since Sushi was easy and quick to make, it became a staple for most households in the 19th Century to accommodate the busy lifestyles of the Japanese people.

Eventually, a food shortage in Japan changed the way in which Sushi was made.

The popularity of Sushi is greater now than ever. People are much more health-conscious and enjoy the fact that Sushi is low fat, loaded with nutrients, and easy and quick to make. For instance, a typical serving of Sushi consists of 8 to 10 pieces, which is around 350 to 400 calories. Because of the fish, Sushi is high in protein and an excellent source of Omega 3 fatty acids. From the seaweed used in Sushi along with rice, this food is also rich in iodine and complex carbohydrates.

What began as a means of preserving fish has turned into a multi-billion dollar industry with thousands upon thousands of Sushi restaurants dotting the country. If you have never eaten Sushi, you will probably be surprised at how delicious it is. Sushi has a nice, light taste that leaves you satisfied.